Lucid frontman Peter Rawlinson has spent plenty of years in the electric vehicle realm, so he definitely has an idea of what goes into creating a fast, luxurious, and effective electric car. Prior to his time at Lucid, Rawlinson was one of the key members of Tesla’s Model S development […]

Lucid frontman Peter Rawlinson has spent plenty of years in the electric vehicle realm, so he definitely has an idea of what goes into creating a fast, luxurious, and effective electric car. Prior to his time at Lucid, Rawlinson was one of the key members of Tesla’s Model S development team back in the early 2010s, before leaving the company to pursue his own interests, eventually landing at Lucid Motors. As the electric vehicle sector continues to develop quite nicely in the grand scheme of things, with both exclusively electric companies and legacy automakers all contributing to the sustainable energy transition, Lucid is set to deliver its first vehicle, the Air Dream Edition sedan, later this year, and Motortrend got an in-depth and exclusive look at the car that could quite possibly be the king of the hill when it enters the market.

One of the sharpest vehicles in the automotive sector, the Air Dream Edition was outfitted in Eureka Gold for this breakdown by Motortrend. Reminiscent of the Citroën DS redesigned for Blade Runner, the car is simple yet futuristic in its design. It’s a long sedan, and in photographs almost reminds me of an older Ford Taurus in its “boaty” nature. However, it is much more pleasing to the eye, in my opinion. (The Ford Taurus was my second car. I drove it to class in college, and Lord, I hated that thing.)

Sleek and luxurious, the reviewers were more particular to this interior than that of the Tesla Model S, stating that “every Tesla since day one has seemingly shipped without a finished interior, Lucid not only crafted a perfectly wonderful luxury-car cabin, but it also smartly avoided the screens über alles aesthetic that plagues cars like the Mercedes EQS.” Truth is, the Air interior is still relatively simplistic, and while it does have a few more bells and whistles than the Tesla Model S, it is not all that different other than an extended instrument cluster, a repositioned center screen, and more material options.

The Air Dream does not drive like a Lotus, which Rawlinson wanted when he designed the car: the look of a Mercedes with the ride of a Lotus. In fact, Jonny Lieberman, who wrote MotorTrend’s review, said it’s more like a Nissan GT-R. It has great handling, and with 933 horsepower, it’s extremely quick. Couple these performance tidbits based on Lieberman’s experience with the already stunning design and comfortable interior, and you have a car that is sure to appeal to many.

Carving turns in the Air was one of the highlights of the test drive. “I assumed the Air Dream Edition R would be decent enough to drive around big sweepers, but about 10 miles into our run up Angeles Crest Highway, I discovered the car enjoyed being manhandled through tight corners,” Lieberman wrote. The harder he drove the car, the better it performed, making it an ideal choice for a scenic joyride through winding and curvy rods, especially with the all-wheel-drive system to help navigate through those corners.

Not only is the car fun to drive, but it’s fast too, even if it’s over 5,000 pounds. Impressive with this pre-production Air model that was available for the test drive, the car will only improve as Lucid begins cranking out production models of the vehicle soon. This is where Lieberman expects Lucid to improve on an already great car. The front end seemed to be a little too free for his liking, while the back tires provided sufficient grip and maneuverability through tight corners. According to Lucid’s Director of Chassis and Vehicle Dynamics David Lickfold, the front spring rate will be reduced by 10% before production begins. The anti-roll bar will be stiffened for more support and stability, and active dampers will get an adjustment, too, providing an even smoother ride than already given.

The Air will come with three available drive modes, as Lickfold was curious about the condition of the roads that the Air was being tested on by MotorTrend. He suggested Lieberman leave it in Swift Mode, the second option, between Smooth and Sprint.

Swift Mode brings out about 75% of the total power output, according to Emad Dlala, Lucid’s Senior Director of Efficiency and Energy Technology.

The Air Dream Edition R is supposed to have 500 miles of range at a minimum, and the EPA will either confirm or deny this when it certifies the car in the coming months. MotorTrend decided to test the range on its own terms with a drive from Los Angeles to San Francisco, close to 350 miles. Not only did this drive provide some insight on how the range of the vehicle would be, but it would also give the reviewers an opportunity to get a look at what the vehicle would be like in its most frequent way of travel: abiding by speed limits and traffic rules during highways, while having to navigate through traffic and provide the driver and passengers with safety, but also entertainment and comfortability through the lengthy quest up the California coast.

It’s a smooth ride, there was wind noise, a common complaint among EVs due to their lack of an engine to drown out road sounds, but tire noise was minimal, Lieberman said. The car sat on Pirelli P Zeros, specifically designed for Lucid. After 205 miles of driving, the range of the vehicle had gone from 503 miles to 286, so there was slightly more energy usage through the 205 miles of driving as 217 miles had been subtracted from the range since the start of the trip. The additional range usage was due to air conditioning, so Lieberman adjusted the temperature from 69 to 71 to see if there was any impact.

The team arrived in San Francisco with 69 miles of range remaining, not needing to charge up at any point during the drive.

While Lucid still remains very vague in terms of when the Air Dream Edition will begin deliveries, the company still expects them to occur this year. With its unique design, different drive modes, impressive range, fast performance, and sporty but luxury interior, the car is certainly one of the most-anticipated EVs in the last several years. The car, along with Tesla’s vehicles, continues to chip away at the idea that range anxiety is an issue and EVs are not fast and fun. The Air is its own vehicle, and it’s important to not count it out before it hits the road, especially as Lieberman, who has reviewed hundreds of vehicles, was quite impressed by the Air Dream Edition.

Wed Sep 15 , 2021
The government has announced the rollout of a new smartphone app that will help drivers choose the right electric car for their needs. Dubbed EV8 Switch, the new app was created using £2.7 million of funding from the UK Space Agency and is available to download for Android and Apple […] 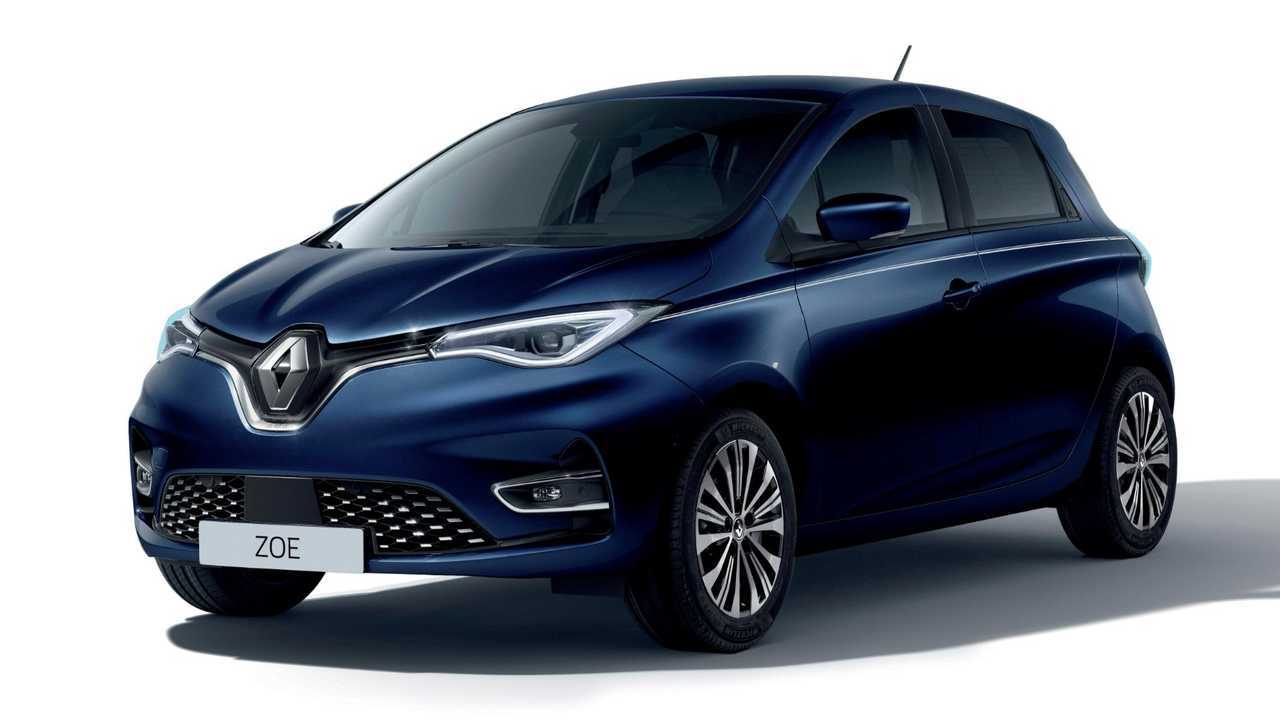