In a move aimed at capturing a bigger slice of the growing market for off-road-capable vehicles, Ford Motor Co. on Wednesday introduced the 2021 Explorer Timberline — what it’s billing as a rugged version of its popular midsize SUV. The Dearborn automaker is marketing the new addition as a vehicle with off-road […]

In a move aimed at capturing a bigger slice of the growing market for off-road-capable vehicles, Ford Motor Co. on Wednesday introduced the 2021 Explorer Timberline — what it’s billing as a rugged version of its popular midsize SUV.

The Dearborn automaker is marketing the new addition as a vehicle with off-road capabilities that go beyond what Explorer currently offers, but with an eye toward customers who might be more modest in their outdoor adventures than those to whom the forthcoming Bronco SUV is geared.

“Today is the right time to expand our Explorer family to better appeal to customers who need three rows of versatility, but not quite the footprint of a full-size SUV,” said Lee Newcombe, Explorer marketing manager.

Timberline — pricing for which starts at $45,765 before destination and delivery fees — adds to an Explorer lineup with trim levels emphasizing performance and luxury, including a new, premium King Ranch edition. Orders for Explorer Timberline are now open, with the vehicle scheduled to arrive this summer.

Explorer, built at Ford’s Chicago Assembly Plant, is one of the automaker’s best-selling vehicles. Last year, sales were up nearly 21%, to 226,217 units.

Ford officials noted that the Timberline introduction marks the seventh “rugged” truck or SUV addition to the Blue Oval’s lineup since 2019. The automaker this summer is bringing back the Bronco, a favorite among off-road enthusiasts that aims to take on Stellantis NV’s Jeep brand. A smaller version, Bronco Sport, launched earlier this year; Ford executives have said the “baby Bronco” has exceeded expectations, with more than 37,000 units sold through the end of April.

The automaker also previously introduced the off-road-geared F-150 Raptor, as well as the Tremor family of off-road trucks — and officials hinted that the Timberline name could be expanded to other models in the future.

The automaker pointed to two trends behind the decision to add an off-road version of Explorer: the enduring popularity of SUVs among U.S. car buyers, and an increased interest in spending time outdoors — a phenomenon that has accelerated during the coronavirus pandemic.

“Over the last 10 years, SUVs have jumped from 36% to 55% of the U.S.,” said Newcombe. “And when you dig a little deeper, you also see that industrywide since 2018, the large utility segment has seen the most growth in customers who go off-roading.”

For Explorer, for example, Ford has tracked a 56% increase over the past three years in owners who report taking their vehicle off-road.

“Consumer data has shown us that now more than ever, customers want to get outside and explore nature with friends and family,” Kumar Galhotra, Ford’s president of Americas and International Markets Group, said in a statement. “Timberline hits a new sweet spot with these customers who want an ideal combination of passenger space, moderate off-road capability and great manners around town.”

The new Timberline Explorer comes standard with intelligent four-wheel drive, a system that automatically adjusts torque between the wheels based on driving conditions and inputs from the driver. The system is aimed at improving traction.

New on Explorer Timberline is a limited-slip rear differential, which automatically sends torque to the wheel with the best traction.

The vehicle also features a terrain management system with seven drive modes, including one for trails and one for driving in deep snow or sand. A hill descent control feature allows the SUV to maintain a constant speed of between two and 12 miles per hour.

Other features include standard steel skid plates to help protect the vehicle’s underbody, and a front rebound spring to prevent jarring in the cab.

Explorer Timberline — which comes with all-terrain tires — also features a ride height that’s increased by about three-quarters of an inch.

It’s equipped with a 10-speed automatic transmission and Ford’s four-cylinder, 2.3-liter EcoBoost engine, which delivers 300 horsepower and 310 pound-feet of torque, according to Ford.

And, in a nod to customers wanting to haul RVs or boats, the vehicle comes with a Class III trailer tow package with 5,300 pounds of towing capability.

As for the design, Explorer Timberline will launch with a “forged green metallic” paint color. All models will have blackout treatment around headlamps and tail lamps. It also comes with LED fog lamps to light up trails at night.

Inside the SUV, the interior trim comes in a “deep cypress” hue with tangerine-colored stitching on the seats, steering wheel and door trim. Included are rubber floor liners, heated front seats and a heated steering wheel.

Explorer Timberline also features Ford’s driver assistance system, Co-Pilot360. Some of the features available via that system are adaptive cruise control, lane centering and voice-activated touch screen navigation. The vehicle has a 360-degree camera, and a front camera view that officials said is particularly helpful for off-roading.

Explorer Timberline has combined city and highway fuel economy of 21 miles per gallon, according to Ford.

The automaker plans more to come from the Timberline series: “This will be something we will be looking to expand further into the SUV lineup,” said Newcombe. 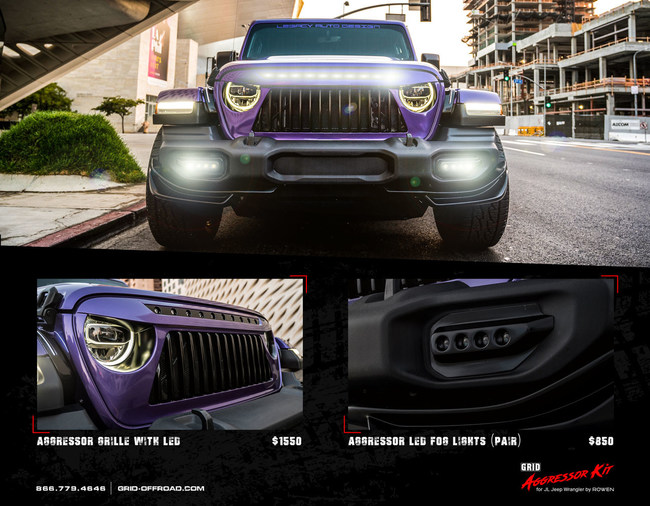