The Toyota Prius has really built a reputation for itself, but I have to admit every time I think of it, I can’t shake a certain thought. It brings me back to the mid- to late 2000s, and the extremely wealthy celebrities who were anxious then to go green, specifically […]

The Toyota Prius has really built a reputation for itself, but I have to admit every time I think of it, I can’t shake a certain thought. It brings me back to the mid- to late 2000s, and the extremely wealthy celebrities who were anxious then to go green, specifically Leonardo DiCaprio.

The most famous of the famous were driving a Prius, including Jessica Alba, Julia Roberts, Gwyneth Paltrow, and Tom Hanks.

I’m sure they also had much more luxurious cars somewhere in their driveways, but they were keen on contributing to saving the planet, or at least attracting some good publicity.

Back then hybrids weren’t as well-known, and interested buyers had limited options. Yes, today, brands are hustling to put hybrids into their lineups; some are planning to go entirely electric in the near future. Whether it’s a minivan or pickup, luxury or not, now seems as good a time as any to jump on the electric band wagon — even U.S. President Biden is considering upgrading The Beast to give it electric capabilities. Can you imagine the President pulling over for a quick recharge?

Anyway, my point is that, despite its competition in the current hybrid market, the Prius has already built its legacy, while continuing to thrive in a growing market.

That said, I’ve got some new unshakeable Prius thoughts, having just driven a Supersonic Red 2021 example in Technology AWD-e trim. Let me run down the list.

Back to the HUD: after spending some time Googling how – and if – the HUD could be moved, I finally figured it out. Someone posted a picture online of the instruction in the car’s manual (which I’d never even considered checking). So, if you ever need to nudge the HUD up or down – it doesn’t shift left or right – and you’re too lazy (like me) to search the car’s manual, here’s your how-to guide.

This tablet-sized infotainment centre is massive and this picture doesn’t do it justice. In my opinion, it takes away from the Prius experience, which is otherwise simple and average, in the BEST way possible. pic.twitter.com/lL4Bh5RrKk

Anyway, once you figure it out the HUD, it’s cool, but a bit unnecessary if you ask me. It’s right beside the actual speedometer that displays large, bright numbers. Not to mention, it felt like the HUD was playing some mind games with me. I think I’m pre-conditioned to think I’ll see reflections in glass — or see right through it. As I’m driving 81 km/h, my brain is instinctively registering it as 18 km/h, a very different speed, but that’s what I’m seeing.

I’m not a fan of all the touchscreen options and could do without the large infotainment centre. I think if I owned this exact Prius, I wouldn’t be using that 11.6-inch screen to its full advantage, whatever that may be. I’d be just as happy with the base trim that comes with a seven-inch touch screen and a base price of $28,850. That’s just $3,340 less than the base price of this tested top trim — the only caveat is you can’t get the base trim in Supersonic Red.

I didn’t even mind all the manual functions of the driver and front passenger’s seats. The lack of power-adjusted seats is not a deal-breaker for me; in fact, it’s quite welcoming amid all the other technology in this car. Then again, it’s odd the trim is called Technology AWD-e and it’s missing some tech in the seats.

If you’re wondering, we did manage to squish and squeeze two regular-sized car seats plus a booster seat into the back. Finding the seat belt for the middle seat and getting it to cooperate is a whole other story that doesn’t have a happy ending; I couldn’t do it.

I quickly realized how much I love the massive trunk; it’s similar to that of most hatchbacks. It has a completely flat surface – filled with goodies underneath – but let me tell you the best part of a flat surface. I’m sure most parents can relate to having to change diapers in a car at some point, and this trunk, this is the perfect spot for just that. It’s so large that I wouldn’t even mind an inch or two taken out of the trunk space, to be added to legroom space in the backseat, if at all possible.

Before this test drive, I had never been in a Prius. However, my dad drives a 2011 Lexus CT 200h, which is needless to say by now a bit dated. I was hesitant about the Prius and assumed, based on my limited hybrid testing, that it would be slow to pick up, and slow in general. To my surprise, in any mode, the Prius actually moved better than expected. The drive was smooth, simple, quiet and almost calming. I actually really did enjoy the Prius, a lot more than I thought I would.

It’s great on gas (duh, it’s a hybrid). A trip from Mississauga to Scarborough [clear across Toronto, for those outside Ontario —Ed.] and back, plus a few shorter drives around my neighbourhood, barely put a dent in the fuel gauge reading.

Overall, it’s an extremely simple drive, and I mean that in the best way possible! Simplicity always wins me over, and while I could do without the big screen and touch buttons, it’s by no means a deal-breaker for the Prius. It’s quite comfortable, though I’m not that tall and can’t speak to how comfortable it might be for anyone taller than five feet.

Unless tons of space is a requirement for you, this could easily be a great option, especially if you’re looking to go green and get your foot in the electric door. That sounds a lot more dangerous than I intended, but you get the point.

For me, space is currently a huge priority, and I won’t be in the market for a small car any time soon, but the Prius is a great and affordable option. Though it’s got some tough competition, I think its reputation over the years has allowed it to stay in the game, and continue playing with younger, more modern hybrids.

Car Bibles Got a 2005 Subaru Outback and It Exploded Immediately

Sun Jun 13 , 2021
It seems to me that Subarus have a reputation for being both great and terrible. They’re essentially the official car of both the Pacific Northwest and New England, yet I also keep hearing that they eat head gaskets like wear items. Car Bibles’ Chris Rosales took a leap on an old […] 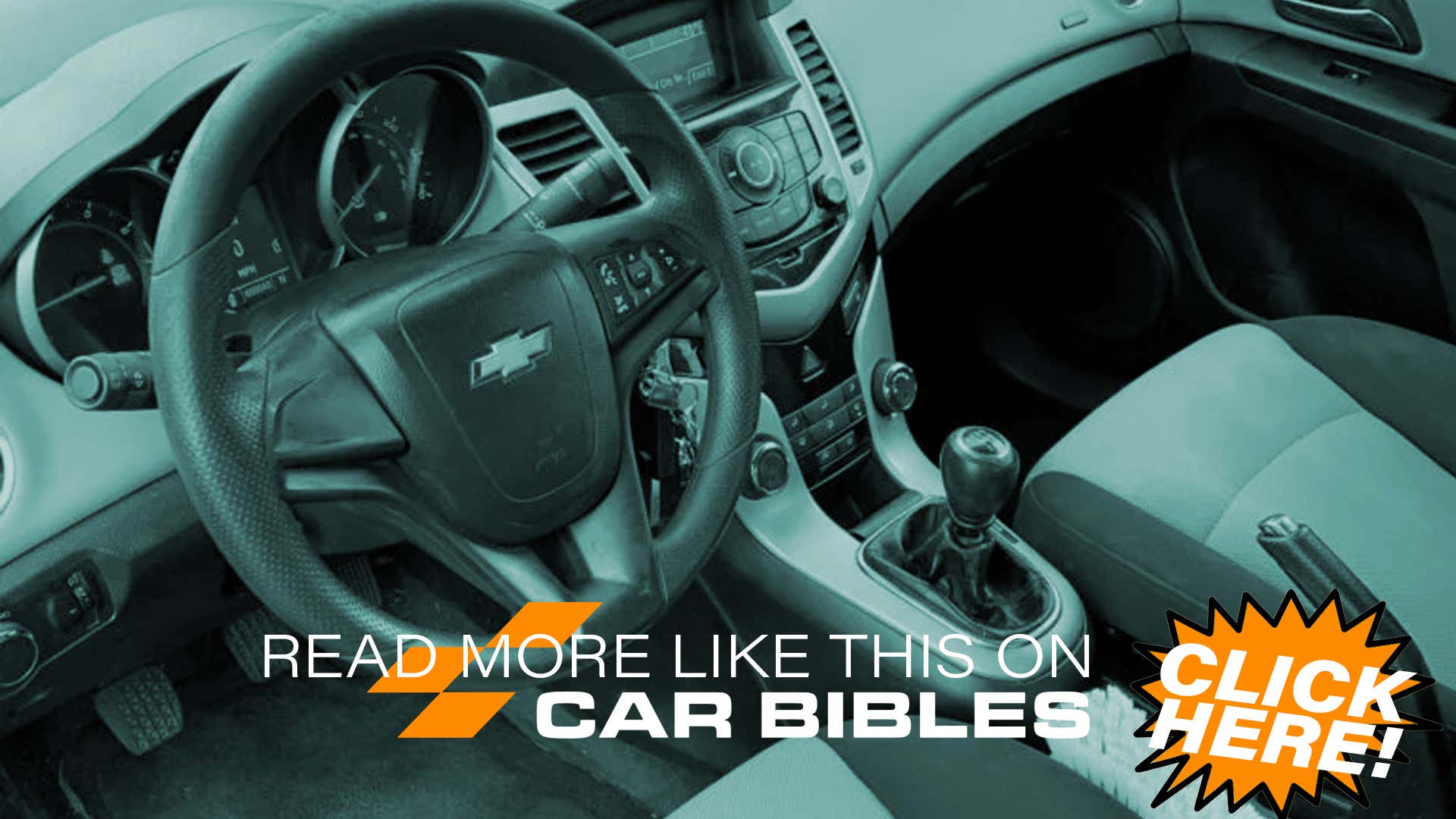